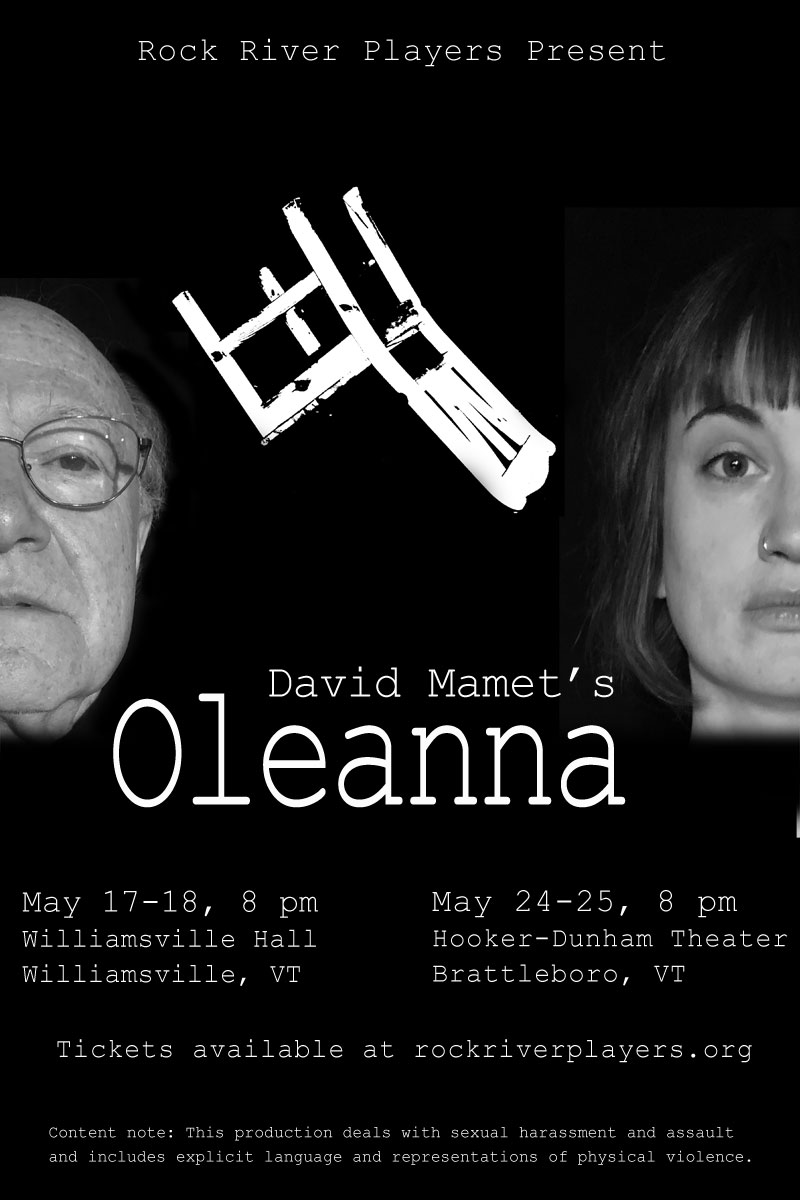 WILLIAMSVILLE – The Rock River Players (RRP) offer four performances in May of David Mamet’s Oleanna. Written in 1992, inspired by the Clarence Thomas/Anita Hill Senate hearings yet well before the #MeToo era, the succinct three-act play detonates the fury of sexual politics through a power struggle between a male college professor and a female student. Twenty-seven years later, the subject could not be more relevant.

According to director Bahman Mahdavi, “As with all great works of art, nothing is simple in this story. The characters are complex and flawed, sincere and manipulative. The playwright has been quoted as saying he wants to make his audience members choose as they squirm and hyperventilate over the onstage fireworks. The goal is ultimately to create debate and discussion.”

There is much in Oleanna that rings frighteningly true: a smug professor, enamored with his own oratory prowess, dismissive of a struggling student; students trying to shut down a class because the professor’s reading list is “questionable,” and, most notably, a shift in the balance of power between the generations and the sexes, using language as their ammunition and tool for winning power over one and another.

Mahdavi explains, “For my directorial debut, I chose a play with only two characters depicting human conflicts and exploring how we act when we are put in a situation where we have no control. The play is not a code for some deeper feelings; it’s not an elaborate attempt to say anything other than what it says. It’s primarily about language –its power, its limitations, and who controls it. David Mamet, one of the greatest American playwrights, has a clipped, precisely-crafted style of diction leaving no room for error nor improvisation. Like a classical music score where everything is in the execution.”

Tickets–$10, $8 for students and seniors–will be available at the door, or order on line now:

Rock River Players, a 501c3 non-profit theatre collaborative, grows on the inspiration and initiative of those who wish to see the lively arts thrive in the West River Valley. 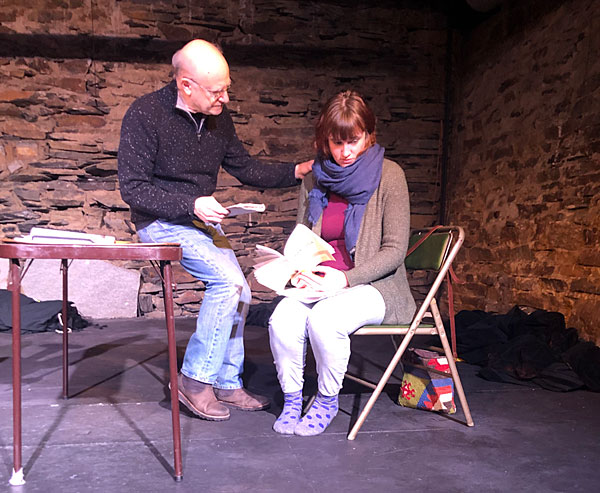